Hello to Hulu, the YouTube killer from NBC + FOX

News: NBC and Fox have joined together in an online video project that has been nicknamed “the YouTube killer,” reflecting at least the intentions of its creators. Yesterday, the project announced its name — “Hulu” — on its website (still in beta). Jason Kilar, the CEO, even writes to explain the name: “Why Hulu? Objectively, Hulu is short, easy to spell, easy to pronounce, and rhymes with itself. Subjectively, Hulu strikes us as an inherently fun name, one that captures the spirit of the service we’re building. Our hope is that Hulu will embody our (admittedly ambitious) never-ending mission, which is to help you find and enjoy the world’s premier content when, where and how you want it.”

Michael Arrington of Tech Crunch humorously points out that “hulu” means “butt” in two languages and “cease and desist” in Swahili. Salon points out that all names rhyme with themselves, so that’s no reason to pick a name. 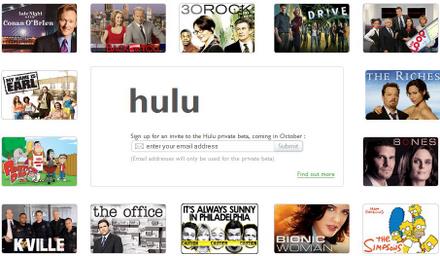 Analysis: Hulu will focus on providing “premium” or “quality” video content from TV shows. It won’t include amateur, user-generated videos (as I understand it), so it’s hoping that viewers will prefer “premium” content over the amateur stuff on YouTube. Whether that strategy will be enough to compete with YouTube’s huge lead in user base, only time will tell. I think it will be an interesting battle to watch. I do like the look of the Hulu website so far, so at least they’ve hired some decent design people.

As for the name “Hulu,” I think if you have to explain it, it ain’t that good.

This entry was posted on Thursday, August 30th, 2007 at 11:36 am and is filed under "YouTube killer", business, competition, NBC, News Corp, video market. You can follow any responses to this entry through the RSS 2.0 feed. You can leave a response, or trackback from your own site.

One Response to Hello to Hulu, the YouTube killer from NBC + FOX