Video of the week: Did the YouTube debate just lose Barack Obama the nomination?

This question turned out to be the biggest question of the YouTube debate. Hillary Clinton’s camp said it shows Barack Obama’s inexperience. Obama said a day later that it shows his new thinking (although in the question he invokes Ronald Reagan). You be the judge.

News: Dutch singing sensation Esmee Denters appears poised to overtake Mia Rose as the No.1 Most Subscribed Musician on YouTube. Esmee’s at 67,824 subscribers, Mia Rose is at 67,870. That’s the closest it’s been (46). Esmee already is the No.1 most viewed female musician, so if she overtakes Mia, Esmee will further solidify her status. 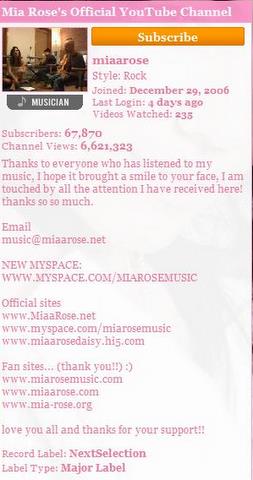 News:  The EFF gang is at it again.  This time, they’re suing Universal Music Group on behalf of Stephanie Lenz for sending YouTube an allegedly improper takedown notice under the DMCA to remove video of her baby dancing to Prince’s “Let’s Go Crazy”  for 29  seconds.  (Complaint) (More)

Analysis:   Fair use is always a difficult thing to predict because courts have a lot of discretion to decide however they see fit.  And I don’t think there’s been any test case for fair use of background music in a home video.  This one, though, seems to me to be a pretty strong case of fair use.  The segment of Prince’s song is short and barely audible amid the ruckus created by the kids.  It’s not substitutional of Prince’s song in any respect.  Also, the song was used in one of those spontaneous moments involving a baby that all parents want to preserve on film to document their child’s growth.  I think it would be similar to a news reporter showing a scene from a county fair and having (spontaneously) some live music being captured in the background.

News: So far, only Ron Paul and John McCain have agreed to participate in the CNN YouTube debate on September 17 co-sponsored by the Republican Party of Florida. Apparently, Rudy Giuliani won’t join. And Mitt Romney took a pot shot at CNN/YouTube, stating, “I think the presidency ought to be held at a higher level than having to answer questions from a snowman.” (more from Wash Post)